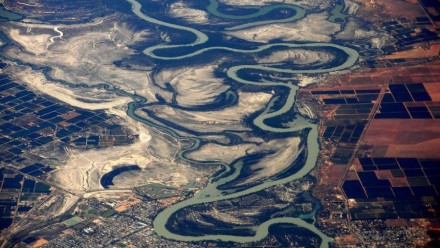 The Embassy of Colombia and Fenner School Of Environment & Society are proud to invite you to join Colombian filmmaker Mauricio Vélez, Professor Saul Cunningham, Claudia Munera, and the Colombian Ambassador to Australia Alberto Mejía for a Q&A session to discuss how we can look after and promote the biodiversity of our urban areas.

This conversation follows last years release of Vélez's documentary “Vecinos Inesperados / Unexpected Neighbours”, which tells the story of how humans and the natural world coexists in the city of Bogotá, Colombia.

This will be both in the Frank Fenner Seminar Room at the ANU, and online.

The documentary “Unexpected Neighbours” raises key questions on conservation efforts and how much the citizens of Bogotá know about the existence of wildlife surrounding the capital of Colombia. The project involved the participation of scientists, environmentalists and students who recorded hundreds of native species found in their neighbourhoods, the Botanical Garden José Celestino Mutis, badlands and Andean forest. The film was produced by Bogota Mayor's Office and Bogota’s  Aqueduct and Sewerage Company and was released in 2019.

The film allows the viewer to discover the surprising natural world of Bogotá. Using the latest cinematographic techniques, “Unexpected Neighbours” accompanies the animals and plants that inhabit the capital of Colombia through their daily adventures creating an immersive experience for the viewer and presenting "a day in the life of" the unexpected animals that inhabit Bogotá.

His Excellency Alberto Mejía has been designated as Ambassador of the Republic of Colombia to Australia since August 2019 and Non-Resident Ambassador to New Zealand since June 2020. With more than 41 years of experience in the Defense and Security sector, General Alberto José Mejía commanded the Colombian Army and the Military Forces from 2015 to 2018. During this time, he put into place a Transformation Plan that allowed these Institutions to confront the country´s political and strategic changes, and the new challenges posed by the XXI century.

Saul’s first experience of research was as an honours student at Monash University. He then received a Fulbright award to support Ph.D. studies in the USA with field work in Costa Rica. Having been awarded his Ph.D. in 1995 he returned home to Australia and commenced post-doctoral projects at Macquarie University, before joining CSIRO in Canberra as a research scientist. Over a 17 year period with CSIRO Saul developed a research program focusing on the challenge of maintaining biodiversity in landscapes dedicated to agricultural production. He has worked with farming industry groups, local landholder groups, and a wide network of international colleagues with shared interests.

In 2015 the Ecological Society of Australia honoured Saul with the “Australian Ecology Research Award.” He was a contributor to the Intergovernmental Platform for Biodiversity and Ecosystem Services (IPBES) assessment report on Pollination and Food production, published in 2016. He has editorial roles with “Global Food Security” and the “Journal of Pollination Ecology”.

Claudia Munera is a Colombian biologist. She worked for several years as a researcher with the Humboldt Institute in Colombia, and has been involved in projects related to climate change adaptation, biodiversity conservation, protected areas, sustainable development, local communities, biocultural heritage, and ecotourism in Latin America.

A keen birdwatcher, now is a PhD Scholar at the Australian National University, working on the science-policy interface to facilitate strategic thinking and future-oriented management of protected areas.