PhD Project - Wildlife on the edge: how does personality, behaviour and foraging ecology of possums vary across the urban-woodland boundary? » 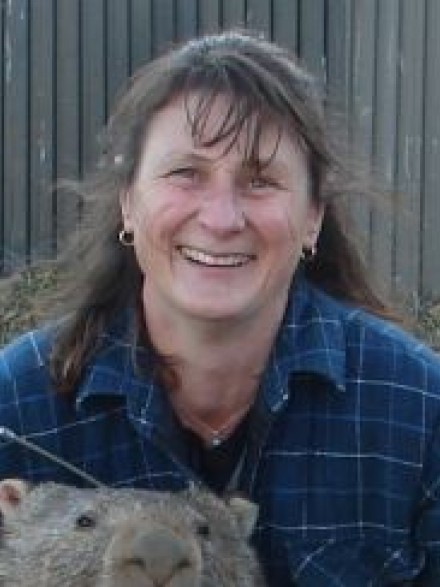 I am currently working as a postgraduate Lecturer in Wildlife and Habitat Management: Department of Environment and Life Sciences, Macquarie University

I am also a environmental consultant for hair and scat analysis, ScatsAbout.

Sociality and dispersal in bare-nosed wombats (Vombatus ursinus). How do they influence the success of rehabilitated wombats?

Bare-nosed wombats are generally considered a solitary animal, however they have overlapping home ranges and will share burrows. It’s thought that they form a loose collection of individuals, and maintain a dominance hierarchy through aggressive encounters and scent marking.  Dispersal in wombats is a female characteristic and thought to occur after weaning. The theory behind this behaviour is that burrows are such a critical resource that the mothers bequeath them to their sons, and juvenile females disperse to reduce the prospects of inbreeding.

Bare-nosed wombats are routinely rescued, rehabilitated and released back into the wild by wildlife rescue organizations across south-eastern Australia, with an average of 100 wombats released in NSW annually. Rehabilitated wombats may vary in their behaviour, activity patterns and survival rate when compared with wild wombats.  Few studies however, have researched released wombats or examined factors influencing release success. It is also unknown, to what extent the sociality of the resident population will influence the integration of a rehabilitated wombat.

This research will investigate the response of bare-nosed wombat populations to variations in habitat quality, and examine whether the social structure of a population influences dispersal patterns and/or the settlement success of rehabilitated wombats.