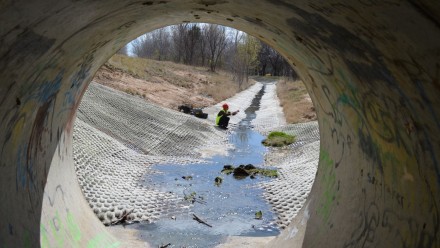 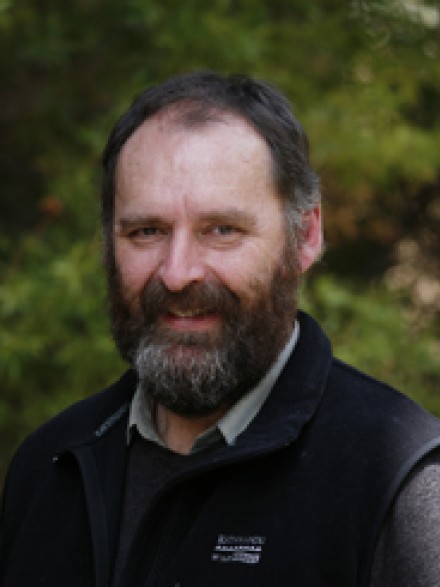 Associate Professor Cris Brack completed a B.Sc.(Forestry) with 1st Class Honours at the ANU as a Forestry Commission Trainee in 1981 and then went to work for the NSW Government. After 3 years as a field forester, he moved to Sydney where he eventually became the Senior Inventory Officer responsible for quantifying the growth and value of plantations and native forests in NSW.

In 1994, he returned to the ANU to teach and conduct research into forest measurement and management. Since then, his most significant research contributions have been the development of optimal sampling strategies, modelling tools, and decision-support systems for trees and associated biota at stand, landscape and continental scales.

This research integrates his knowledge of, and innovation in, applied statistics (for sampling), data acquisition (from remotely sensed imagery and ground-based surveys), modelling (of tree and stand dynamics), and expert and decision support systems (as integrating methods).

This research has significant national and international standing because of its broad applications in both natural, plantation and urban environments, and its integration of quantitative and qualitative information.

This research has been influential in the development of the National Carbon Accounting System for Australia (winner of the Eureka Environmental Science Award), and in catalysing the development and adoption of new approaches by forest and land managers and policy makers.

This work has supported research grants, consultancies or other income in excess of $2 million, including:

In 2009, Associate Professor Brack took leave to become the inaugural Chair and Professor of Forestry at the Waiariki Institute (Rotorua, New Zealand) and subsequently became the Director of Research with a mandate to increase the research profile and potential of that Institute in fields such as primary industry, Maori development, nursing and health studies, computing and business.

After a successful 3 years, he returned to the ANU to take up teaching and research roles in the Fenner School of Environment & Society.

Measuring and Monitoring tree and forest growth with an integration of field, airborne and satelight sensors (including drones and multi-temporal, gigapixel cameras). See http://borevitzlab.anu.edu.au/projects-overview/national-arboretum-pheno...

Growing and managing urban forests, especially their sustainable development in harsh climates and with uneven age class and species numbers.

Solichin, S. 2017. Enhanced Systems for Measuring and Monitoring REDD+: Opportunities to Improve the Accuracy of Emission Factor and Activity Data in Indonesia (PhD)

Bush, D. 2015. An investigation of genetic-by-environment interaction in southern Australian trials of Eucalyptus cladocalyx and implications for breeding (PhD)

Edwards, R. 2015. The Suitability of Commercial Low-Cost UASs for Forest Assessment (Honours - 2A)

Beh, J-L. 2012. Seeing the soil through the trees: The utility of stem shape and taper in the butt swell for predicting soil depth in Australian Pinus plantations (PhD)

Andriyana, W. 2004. Testing the feasibility of centroid and importance sampling for estimating volume of standing trees in a tropical forest context. (Masters by research)

Kyle, J. 2003. Investigating land cover change and vegetation growth in Turner as a way of quantifying the changes in Canberra as a Garden City. (Honours - 2A Class)

Payne, D. 2001. Modelling the effect of forest management on the carbon pools in a Eucalyptus pilularis (blackbutt) regrowth forest. (Honours - 2A Class)

Ozolins, A. 1999. Abundance and Decline of Isolated Trees in the Agricultural Landscape of Central West NSW. (Honours - First Class)

Pokharel, B. 1998. Use of GIS and modelling to determine the site productivity of an uneven-aged forest. (Honours - First Class)

Crook, D. 1997. A comparison of the importance and centroid sampling methods in the valuation of Pinus radiata trees. (Honours 2A Class)