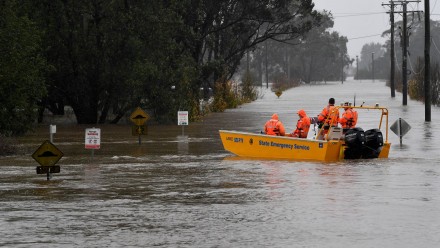 A Drone's-eye View: Building the Virtual Field during COVID

While many Australian National University students have returned to campus in 2021, a challenge has arisen at The Fenner School of Environment & Society: in a world working to contain a global pandemic, and some students stuck overseas and interstate, how do we teach the skills of fieldwork without a field?

Like much of the way we kept in touch during 2020, the solution was to go digital with a virtual field trip.

A water science Summer intensive at the School found itself developing both an in-person fieldwork component for those on campus, and a strong interactive online version for those learning remotely. Produced with course convenor Dr Sara Beavis, the goal was to capture and present a mining site at Captains Flat in regional New South Wales, in a way that allowed students to learn fieldwork skills without physically being there.

“Dr Beavis had an idea of what information she wanted to convey to the students,” says communications officer Peter O’Rourke, who helped develop the project.

“We had multiple discussions on how we could present that vision using different techniques. The site has its own story, and we wanted students to understand why the landscape is the way it is, and why there are specific environmental outcomes from the degradation. It was important that we captured that in the creation of the virtual field.”

Using a drone, some go-pros, recording equipment and the expertise of researchers, Peter and Dr Beavis built an interactive online field, along with Education Manager Fredrick Chew who put all the media together online.

At face-value the field tour is a Google Earth map that shows the overall site, but the map is designed to open up into a rich story: at various important locations on the map, you can find embedded video, images, audio, and written content, communicating information and environmental data for students to explore. 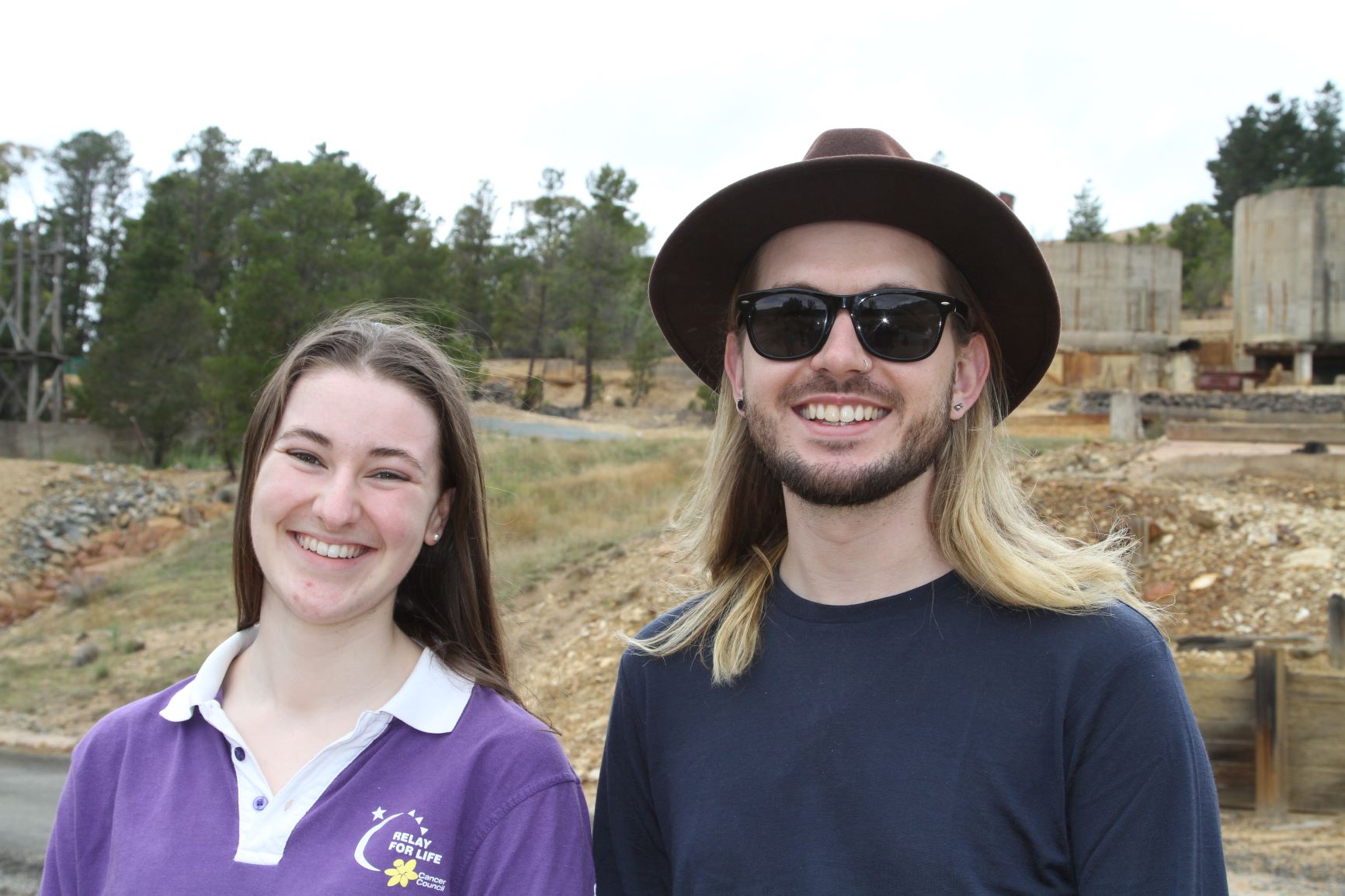 Before COVID19, Fenner School undergraduate Ayden Nicoll was working on cruise ships in the travel industry. After watching the spread of waste and pollution directly caused by travel and tourism industries, Ayden decided to switch out of his job contributing to the problems he saw, and into studying what he considered the most important part of global ecosystems: water.

“Once the world shutdown, I was out of work and had nothing going on in my life and with no future prospects or timeline, I decided to finally do something I have been passionate about for many years.”

The fieldwork intensive offered by Dr Sara Beavis was part of Ayden’s Bachelor of Environment & Sustainability (Double-Major in Environmental Science and Biodiversity Conservation).

“The virtual field tour gave a really in-depth look and feel for what field work was like. Google Maps/Earth can only do so much, but the drone footage meant actually seeing the Captains Flat site in perspective to people and other objects, like cars. It really offered an amazing viewpoint!”

Wrapping his head around the space really came to life once he could lay the footage out onto the land. Namely, Ayden was struck by how small he was in comparison to the site.

“Although the drone footage was able to show size, being there in amongst it with the dam, the rivers, the hills, along with the smell, the colours; there’s nothing quite like looking, touching, seeing things in person. It surprised me in more of an, ‘Oh that is actually massive!’ way. Another thing was orientation: being there I was able to get my bearings and be like yep, that’s this and that’s that!”

Lizzy Holly discovered The Fenner School at ANU Open Day in 2018 and knew it was the path she wanted to take, to pursue her childhood passion for the environment. In her second semester in 2020 Lizzy chose a groundwater course at The Fenner School on a whim.

“This was where my love for water science started. I realised how crucial it is to our society and how vulnerable it is to change and manipulation by humans,” says Lizzy, who is studying a double degree of Engineering with Environment and Sustainability (Major in Environmental Science and Minor in Biodiversity and Conservation).

“Having the virtual tour before visiting the site meant I was able to visualise the site before even going there. We were provided with so many different forms of media to gain a perspective of our surroundings: 360 images, geological maps, video and drone footage of the actual site - including GoPro footage - created a feeling as if we were walking through the site ourselves.”

While the virtual setup helped Lizzy focus on taking in the necessary information for her assessment, when she arrived at Captains Flat she was surprised by the amount of unique environmental detail being on the ground provided.

“I was amazed at how close everything really was to each other and how obvious the acid mine drainage flow paths were. I was also able to see clearer details which were not shown virtually, such as the crusty layers of precipitated iron on the rocks, the oily slicks on the water and the thickness and texture of the algae in the water.”

Of course, one of the most valuable things about doing in-person fieldwork is interpersonal learning. For Ayden, an on-site highlight was watching PhD Scholar Hongzhang Xu & Dr Beavis running tests on the water at Captains Flat in person. For Lizzy, a key strength in doing the fieldwork in person, was being able to bond with staff and students through their interactions with the land. 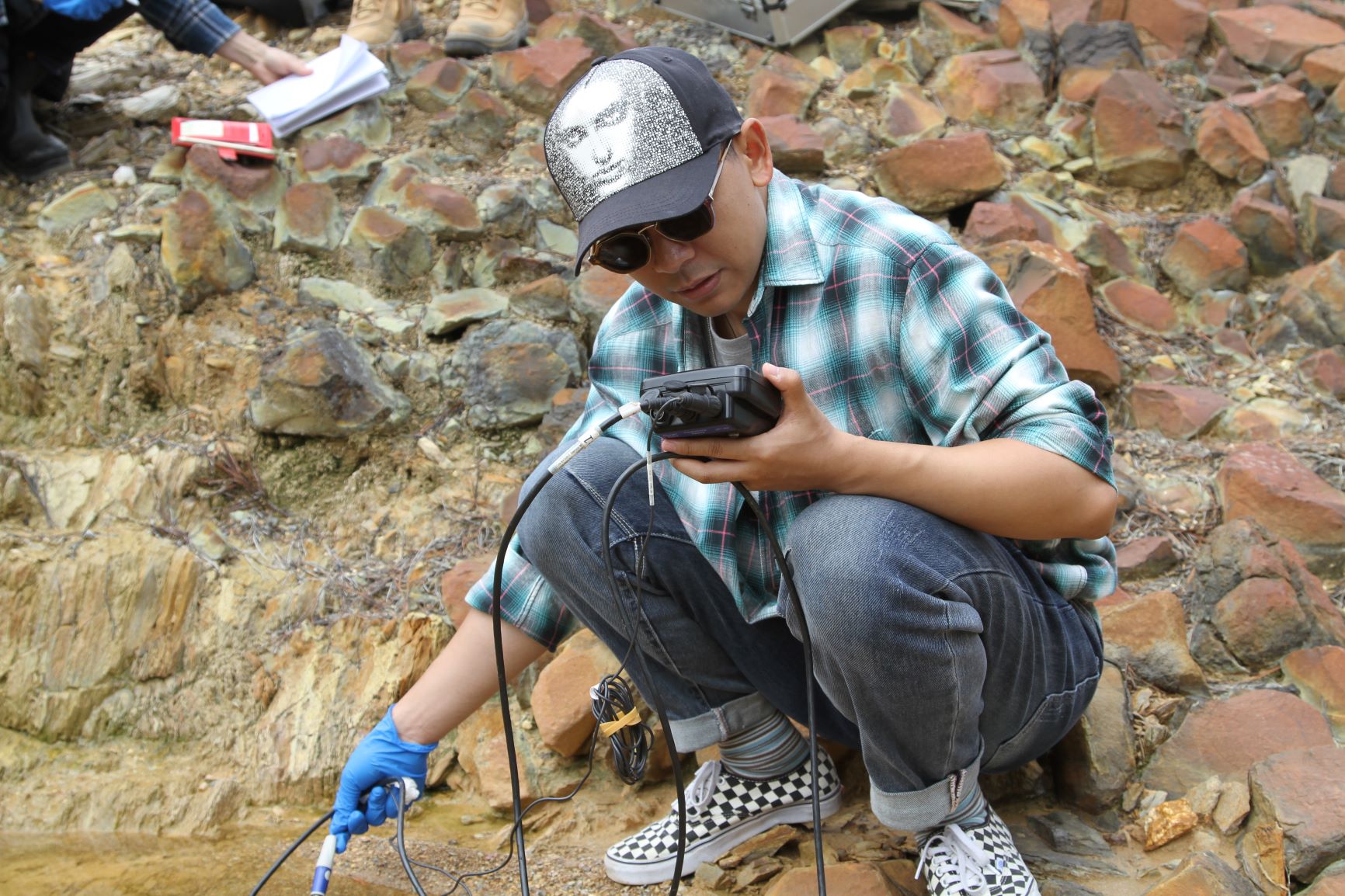 The Future of fieldwork?

Reflecting on the project, Peter O’Rourke noted some of the clear limits he observed while building the virtual field.

“You can’t digitally show physical aspects of the site, like changes in temperature and humidity/dryness, or the smell of a site with the dust, stagnant water or vegetation. In this instance, the Captain’s Flat mine site is heavily polluted, and full of heavy metals – it’s a very unhealthy landscape. You can really get a visceral sense of that when you are out there, which can’t be replicated digitally.”

“What was an advantage though, was presenting information that couldn’t be shown in the physical world, due to restrictions of access,” he said.

“Making a virtual field trip was totally experimental. We wanted it to be engaging to interact with, while still providing enough detailed information so students could actually learn something from it.”

So, while a virtual field trip might not replace a physical reality, it does give students a creative and unique view of the world - from home. And as our physical and online worlds continue to blur, using digital technology in both research and teaching is likely here to stay. 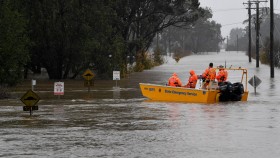 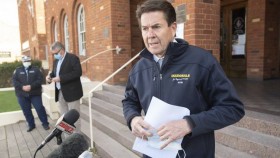 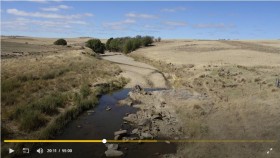