PhD Project - Wildlife on the edge: how does personality, behaviour and foraging ecology of possums vary across the urban-woodland boundary? »

PhD project: Population biology of the Gang-gang cockatoo in the ACT region

The Gang-gang cockatoo holds special significance in Canberra, being the faunal emblem of the Australian Capital Territory (ACT), the ACT Parks and Conservation Service and the Canberra Ornithologists Group (COG). Despite this significance, little is known about the distribution of the Gang-gang across the ACT region, the status of its population, its feeding and breeding behaviour and its reliance on both the mountainous nature reserves and urban habitat of the ACT.

The Gang-gang is listed as Vulnerable in NSW and has declined across much of its NSW range due to land clearing and habitat fragmentation. The urban population in the north-western Sydney is listed as Endangered. As the bird relies on cool temperate and mountain forests, the ACT’s forested areas may provide habitat critical to the long-term national survival of the species. The Gang-gang is also likely to be disproportionately affected by climate change, and strategic habitat enhancement may be needed to support local populations in future.

In 2014, COG initiated an exciting citizen science project, the Gang-gang Survey, to collect data on the occurrence and breeding behaviour of Gang-gangs across Canberra. The Gang-gang Survey was also designed to identify knowledge gaps to inform future research priorities for the species. The final reports are available at: http://canberrabirds.org.au/observing-birds/gang-gang-survey/

Supported by results of the Gang-gang Survey, an exciting PhD opportunity has emerged to study the resource requirements and movement patterns of Gang-gangs across the ACT region. A major knowledge gap, that has critical implications for land management of habitats in the ACT and nationally, is understanding how Gang-gang breeding behaviour varies across ecoregions and land uses; particularly between urban, rural, and reserved landscapes. Further, determining whether variation in breeding success across these landscapes has consequences for population viability of the Gang-gang will stem critical insights for its conservation efforts.

The candidate will be supervised by Professor Rob Heinsohn, Fenner School of Environment and Society, and based at the Australian National University in Canberra. The Fenner School provides the opportunity to interact with world leading researchers in the conservation and management of Australia’s biodiversity, as well as access to specialised field study equipment, survey/experimental design and analysis advice. Candidates will need to be capable of physically challenging field work.

The successful candidate will be expected to apply for a Research Training Program (RTP) Stipend (Rate RTP, currently $28,092 per year in 2020) through the ANU competitive process. To be eligible, a student must have completed a Bachelor Degree with First Class Honours, or be regarded by ANU as having an equivalent level of attainment. Some support for research expenses may be provided by the ANU, ACT Government, and the Canberra Birds Conservation Fund (CBCF).

If you are interested in applying, please send an Expression of Interest by email to Professor Robert Heinsohn - Robert.Heinsohn@anu.edu.au. 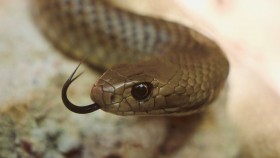 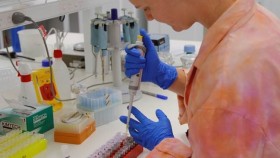 PhD Project: The use of eDNA technologies to support conservation and restoration » 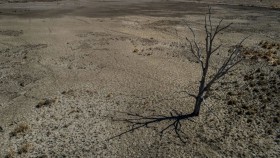