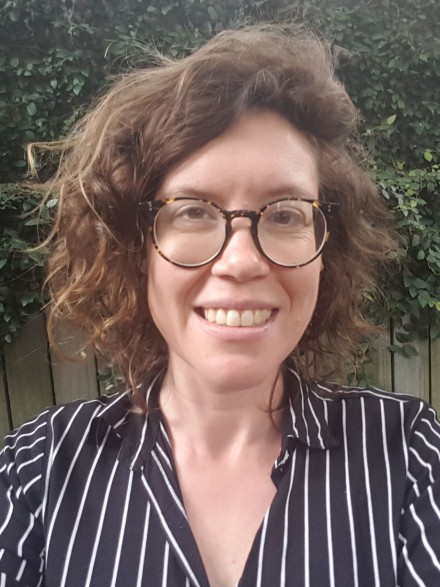 Beck Pearse works at the intersection of social theory and political economy. Her teaching and research focuses on environmental inequalities, policy and social change. Beck's current projects investigate the possibilities for rapid and just energy transition, with particular focus on land and labour relations. She is a Chief Investigator on two ARC Discovery Projects: Decarbonising Electricity (Goodman et al. 2018-21) and Environmental Justice and the Making of Just Food and Energy Policy (Schlosberg, Pearse and Rickards 2020-22).

Beck previously held a teaching fellowship in the Department of Political Economy at the University of Sydney, where she was also a Key Researcher at the Sydney Environment Institute (2017-20). In 2016-17, Beck was a Postdoctoral Fellow in the School of Sociology at Australian National University, working on the ARC project Gendered Excellence in the Social Sciences investigating gender inequality and disciplinarity in the academy. Before that she worked as a Research Associate contributing to the The Coal Rush and Beyond and Global Arenas of Knowledge ARC Discovery Projects.

Beck's latest book, Pricing Carbon in Australia (Routledge/Earthscan, 2018), explores the rise and fall of Australia's short-lived emissions trading scheme. Her research on the political economy of carbon markets, environmental movements, gender relations, and the coloniality of knowledge has been published in Energy Policy, Environmental Politics, The Sociological Review, Feminist Economics, Wiley Interdisciplinary Reviews: Climate Change, and elsewhere. Beck has also worked with Raewyn Connell to revise her book Gender: In World Perspective (3rd edition, 2015), and with Stuart Rosewarne and James Goodman on a co-authored ethnography of climate movement politics (Routledge, 2014).