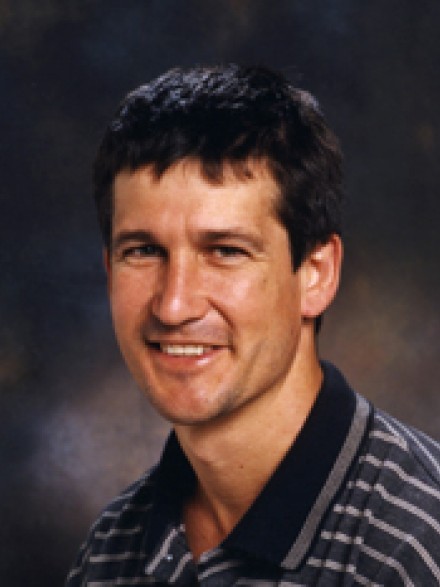 Professor Rob Heinsohn’s first experience of research was as an honours and PhD student at ANU working on the behavioural ecology of cooperatively breeding bird species.

He was awarded his Ph.D. in 1990 and took up an NSF post-doctoral fellowship based at the University of Minnesota but spending most of his time conducting field research on lions in Tanzania’s Serengeti National Park.

Upon his return to Australia he commenced an ARC Post-doctoral Fellowship followed by an ARC Queen Elizabeth II Fellowship and established his long term field studies working on the behavioural ecology and conservation biology of Eclectus parrots and palm cockatoos on Cape York Peninsula and in Papua New Guinea.

Professor Heinsohn has worked with the Tasmanian government and other agencies to maximise conservation outcomes for birds in production landscapes, and with the NSW Government to preserve endangered nomadic bird species. He serves on the Recovery Teams for several endangered bird species.

From 2014 Professor Heinsohn’s team expanded to include a major research program on critically endangered regent honeyeaters. In 2020 he will commence a new program on the conservation of Norfolk Island green parrots.

Professor Heinsohn's primary research interests lie in conservation biology and evolutionary ecology of vertebrates, with a focus on birds.

He has also contributed to a variety of published collaborations on over 40 vertebrate species.

Increasingly, Professor Heinsohn is directing his research at the landscape level as he seeks to identify the broad-scale processes shaping conservation problems.

The bird species he chooses to work with are often large and wide-ranging, and make excellent tools for investigations of habitat use over large areas. However, he maintains a strong interest in individual based social behaviour, cognition and tool use.

He is also developing a broad research program on the conservation biology of parrots, the bird order with the highest proportion of endangered species. His research lab includes the Difficult Bird Research Group, a taskforce that tackles the challenges of research on rare bird species.

Professor Heinsohn finds this research particularly stimulating because it combines his strong background in behavioural and evolutionary ecology with his more recent passion for conservation biology.

Professor Heinsohn also maintains a strong interest in African wildlife after working on lions in the Serengeti National Park for his first Post Doc, and has supervised students working on elephants, lions, and baboons.

Professor Heinsohn's research program takes advantage of the proximity of researchers in the Fenner School who work across diverse disciplinary perspectives to explore the conservation issues faced by our unique wildlife.

An example of the success of this approach was the book “Boom and Bust: Bird Stories for a Dry Country” (Robin, Heinsohn, Joseph, 2009, CSIRO Press) which explored the adaptations of Australian birds to erratic weather across historic, pre-historic and geological time frames.

It won Australia’s most prestigious award for zoological publications, the 2009 Whitley Medal (Royal Zoological Society, NSW) for its landmark contribution to zoological knowledge.

5. Tool use and conservation biology of palm cockatoos.

Professor Heinsohn's post-graduate students work in a variety of areas including behavioural ecology, conservation biology and community ecology. Much of the research is carried out in remote regions such as Papua New Guinea, Cape York Peninsula, the Australian arid zone and southern Africa. Topics include bird migration, cooperative breeding and mating systems, animal personalities, biology of endangered species, human-wildlife conflict, and landscape ecology.​

Laura’s study is on the fitness of captive orange-bellied parrots and best practice for releasing them.

Daniel’s study examines ways to increase the fitness of captive reared regent honeyeaters for release into the wild, especially via improving their ability to sing and communicate effectively.

​Rachael is studying the threats to elephants in southern Africa, especially the impacts of climate change.

Giselle is studying the ecology of introduced sugar gliders and their impact on threatened birds in Tasmania.

Nicole is undertaking a Masters degree looking at the use of sniffer dogs to locate rare and endangered bird species.

​Janneke is studying the biology and threat to native birds from introduced rainbow lorikeets in Tasmania.

​Fernanda is studying the conservation biology of endangered forty-spotted pardalotes in Tasmania, with a view to re-establishing populations in their old range on the main island.

Adam is studying endangered masked owls in the forests of Tasmania.

Connie has submitted her thesis on the impact of climate change on cooperatively breeding white-winged choughs.