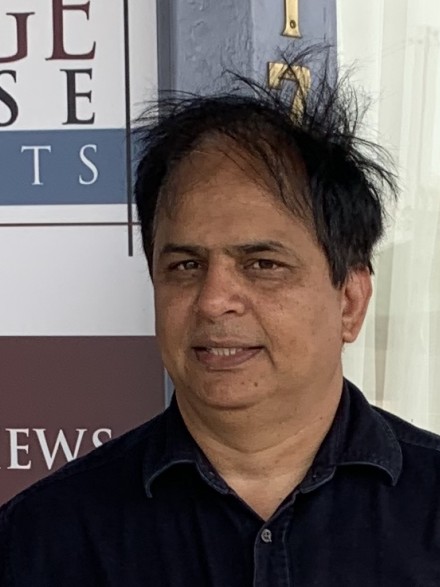 Sunail is Master of Public Policy & Environmental Law from ANU in 2006. He is Fellow Chartered Engineer with Engineers Australia and accomplished Project Director registered with the Australian Institute of Project Management.

Sunail is fourth generation in railways and has served in four railways of the world – QLD, Rio Tinto, NSW and Pakistan. Sunail has worked in state of the art infrastructure development in Queensland, Western Australia and New South Wales. He initiated development of South Bank Station transit oriented development (TOD) and enabling works in Brisbane. He has been senior project engineer for Rio Tinto network for signal and telecom system integration including level crossings. He has contributed to development of patents for Solar Skid, independent crossover and pole mounted telemetry locations. These works resulted in operation of first automatic freight train (2.5Km long) in the world. In NSW, Sunail was interface manager for introduction of Sydney Metro (SM) on Epping to Chatswood rail Link (ECRL). SM is – the first automatic passenger train in Australia. Now he is leading the interface management for conversion of Bankstown line to automatic train section, Advanced and enabling works for developments at St Marys station for Western Sydney Airport and Sydney Metro West at Westmead and North Strathfield. Before coming to Australia, Sunail has worked in Pakistan as Professional Executive Engineer, Site Engineer, Lecturer and Sub Divisional Officer in various assignments for private sector and provincial and federal government from 1992 to 2005.

In Fenner School, Sunail is focussing on water economics and implementation of smart technology in agriculture, irrigation and water resource management fields. He is Executive Director for New Con Australia which is engaged in studies for water resource management and supply of innovative solutions to irrigation networks in Pakistan and Australia. www.newconaustralia.com.au New Con is also operating in Pakistan supported by local teams.

Sunail is passionate about guiding and mentoring new immigrants as well as youth. He is committee member of Permanent Way Institute (PWI), NSW. He is one of the judges for Innovation Award for PWI.

Sunail has participated in 100 Km walk for Oxfam and 50 Km in the preceding year. Sunail also participated in MS Gong ride – 95Km from Sydney to Wollongong. He is a lover of nature, hence, often go for hiking, bush walk and camping in various state forests and private properties.