Planetary Boundaries – a warning for our footprint on the earth

The idea that our planet is a series of interconnected systems is something we have long discussed in science, and before that in ancient philosophy and religion in cultures across the world.

Like all systems however, there are limits to what how much we can push it before the system starts to fall over. This is what researchers from the ANU have been studying, publishing a new paper in Nature Sustainability at the end of 2019, using the 'planetary boundaries' framework to analyse these connections.

According to one of the researchers, this can be dramatically seen in the recent bushfires in Australia.

"Climate change, through increasing temperatures and changing rainfall patterns, has played a significant role in creating the conditions conducive for such massive and widespread fires," said Dr Steven Lade, an Honorary Senior Lecturer at the Fenner School of Environment & Society, who is based at Stockholm University.

"In turn, the bushfires are having an impact on the climate system by releasing large amounts of carbon dioxide into the atmosphere, contributing to further climate change in what scientists call a 'feedback loop'.

"In addition, smoke, unlike some other types of aerosols, also absorbs solar radiation, accelerating climate change even further.”

The concept of planetary boundaries was introduced around a decade ago, by scientists looking at the processes that regulate the state of the Earth’s biophysical systems. Of course, the notion of complex systems that guide the earth is much older, such as the holistic view of Alexander von Humboldt in the 19th century to James Lovelock’s whole earth ‘Gaia’ theory of the 1960s.

What the planetary boundaries theory does is identify nine different systems, and for each boundary, assess what is a critical level of interference in that Earth system process and how it will affect other systems. These boundaries include Stratospheric ozone depletion; Biosphere integrity (biodiversity loss and extinctions); Chemical pollution (including the release of novel entities); Climate Change; Ocean acidification; Freshwater use (and its relation to the global hydrological cycle); Nitrogen and phosphorus flows to the biosphere and oceans; Land system change; and Atmospheric aerosol loading.

While they are meant to be seen as complex systems, they are usually represented individually. Instead, Dr Lade’s team researched was how those systems interact, and what pressures they placed on each other.

Dr Lade said there has been a lot of research between Earth system processes, but usually just as individual pairs.

“What we did in our review of the research was to find all those studies and assemble them together as a full set of interactions between the nine boundaries,” he said.

“Some system interactions are well researched. For example, how land use can affect climate change. Others are much more speculative, such as the interactions involving biodiversity - which is hard enough to define in the first place - let alone make assumptions of how they interact with other boundaries.”

For example, in a biophysical interaction, a land system change such as removing trees leads to more carbon in the atmosphere, moving us closer to the edge of the climate change boundary. A change in nature affects how other parts of nature works.

Human behaviour can also couple different parts of the Earth system. For example, a reduction in fish stocks from the increase of the Ocean acidification boundary would then put more pressure on the land use boundary, as humans grow more crops to compensate for the loss of fish. Changes in the environment has a flow on effect in how humans interact with it, which in turn impacts nature in other places.

The researchers then used a simple feedback model based on a matrix of interactions to assemble all the interactions into a system and assess how interactions have amplified human impacts on the planet. Dr Lade said this matrix modelling approach takes a wider, overarching view and considers some of the novel ways that systems might interact.

“What we can do with this sort of model is combine all these spheres of activity together, which would be hard to do in a more detailed computational model. We can get away with some more qualitative type interactions and make assumptions about how processes interact at a global level. This kind of model could be seen as a road map for future development of the detailed, in-depth models of these Earth systems.”

The data from the research also confirms earlier hypothesis from the group in 2015 that Climate Change and Biosphere Integrity are the two main boundaries that have the greatest effect on the earth’s systems.

This research leads to the main question – what is the safe operating space that humans can work in if we want to maintain the earth’s systems?

“We have to realise that if we push on one side, it reduces movement on others.”

There is however some good news – just as stresses on one boundary accelerates the push to the limit on another, the same works in the inverse.

“If we take action to improve the impacts on one planetary boundary, that then has a positive flow-on effect on others as well. So we can stop the acceleration and reverse the impact of those feedback loops.” 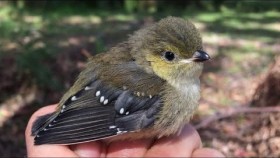 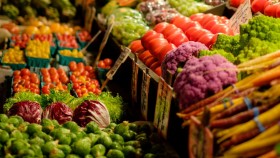 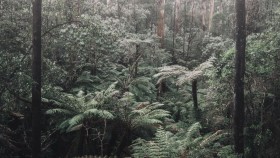