The cold, snowbound alps of south-eastern Australia might seem an unlikely place to research climate change. However, one scientist believes that centuries-old native species in the Australian Alps, such as Mountain Plum-pine (Podocarpus lawrencei), hold vital secrets about our past climate. Dr Matthew Brookhouse uses tree ring samples to document the growth chronology of individual trees, building a comprehensive climate record and fire history for the highlands of south-eastern Australia.

In turn, these records will inform future water planning and bushfire prevention decisions. “Plum-pines will do more than provide insights into the past climate of Australia – they might also provide warning signs for what we’ll be facing in the future,” says Brookhouse.

In 2003 and 2006, fires burned millions of hectares of forest in Victoria, New South Wales and the ACT, including numerous stands of Podocarpus. “Plum-pine grows in boulder streams, which don’t carry fuel to support fire, so they’re ordinarily protected from wildfires,” Brookhouse says. “However, extreme fires like those in 2003 and 2006 have the capacity to burn across stands of Mountain Plum-pines that would not normally burn.”

With about 500 Plum-pine tree ring samples from the fire-affected area, Brookhouse is using a range of techniques to analyse the material. This includes measuring the density of individual rings, which correlate with growing season temperatures.

So far the oldest specimen that Brookhouse has worked with is about 416 years old, predating European settlement. Tree ring climate reconstruction using samples from Victoria replicates the cycle of droughts and wet periods, including the recent decade-long dry spell. “The data I’ve collected so far suggests that we could have multi-decadal periods of low rainfall and low river flow,” Brookhouse says.

With the complete dataset, Brookhouse will produce a landscape-level reconstruction of the region’s climate for the last 400 years. “Gaining an understanding of past weather conditions and fire events will indicate how vulnerable these species will be to projected temperature increases in the future. The findings from my research will give government decision makers a clear picture of the risks associated with climate change and the importance of climate change mitigation.” 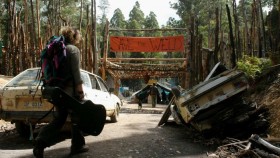 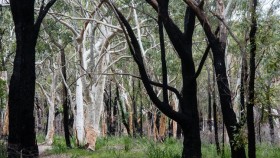