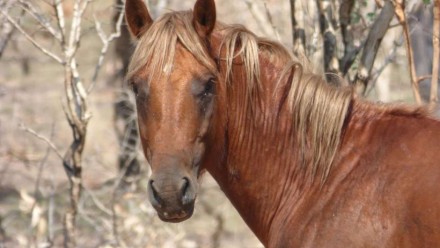 A landmark study from ANU has found that a vital forest in Victoria faces imminent collapse, which poses a major threat to Melbourne's water supply.

Lead researcher Professor David Lindenmayer said the study was based on 35 years of research in Victoria's Mountain Ash forest, which generates nearly all of the water for Melbourne's people and businesses.

"Wildfires and over-logging have tipped the Mountain Ash forest very close to collapse - populations of animals living there have halved, and in some cases have declined by more than 65 per cent during the past 20 years," said Professor Lindenmayer from the ANU Fenner School of Environment and Society.

He said the impending disaster could be avoided by having better forest policy and greater political will to save the forest's large old trees.

The study, which provides the first empirical evidence that this forest is facing imminent collapse, found that a primary cause was the loss of half of the population of large old cavity trees, which many animals depend on, over the past two decades.

"The numbers of Leadbeater's Possum, the Greater Glider and other arboreal marsupial species dependent on these big old trees have dropped by 50 to 65 per cent," Professor Lindenmayer said.

"Since 2004, there have been significant declines in almost all species of tree-cavity reliant bird species including the Laughing Kookaburra and Crimson Rosella."

If collapse were to occur, the Mountain Ash trees, which can grow up to 100 metres tall, would likely be replaced by Acacia shrubs as the dominant plant species, resulting in a dramatic change in the ecosystem.

"If we don't act quickly to turn this dire situation around, we will have a crisis on our hands," Professor Lindenmayer said.

"Not only does the Mountain Ash forest in Victoria generate nearly all of the water for the 4.5 million people living in Melbourne, it also stores large amounts of biomass carbon and supports timber, pulpwood and tourism industries."

Collapse is indicated by marked changes in the condition of an ecosystem, particularly the rapid decline in populations of key plants and animals.

"The forests are in what we call 'hidden collapse' because the ecosystem superficially appears to be intact, but the prolonged period of decline coupled with long lag times for recovery means that collapse is inevitable."

Professor Lindenmayer said replacing the lost cavity trees would take 50 years, and the trees that remained needed to be protected.

A diverse range of forest ecosystems globally are thought to be at high risk of collapse, including those in boreal, tropical and temperate regions.

"Our study of the collapse of the Mountain Ash forests in Victoria is unusual among these examples as it describes a forest during, rather than after, the process of collapse."

The research is published in PNAS. 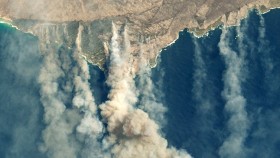 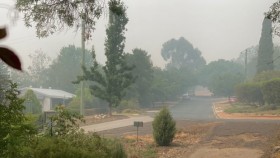 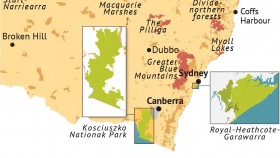 Fenner in the news - ‘Ambitious and exciting’: Scientists to account for National Parks’ flora, fauna and ferals »