Moved by mountains: Research celebrates Canberrans’ love of nearby nature

If you’ve walked up Mount Taylor any time in the last few years, you might have seen Dr Kathy Eyles. She’s the one holding the mattock and taking notes.

“You’re either gold-digging, an axe murderer, or a geologist,” a passer-by says to her.

Someone else, less perturbed, invites her to join a group of regular walkers for their Christmas drinks on the summit.

A band called Drift Ashore show her some images from their photo-shoot they’re conducting on the mountain, instruments and all.

Those photos are now in Dr Eyles’ PhD thesis, along with photos from the Christmas drinks. The axe murderer comment is in there too.

Maybe you’ve seen Dr Eyles, but actually what she’s been doing is watching you.

Dr Eyles’ PhD thesis looks at how people make use of Canberra’s urban nature reserves, and she really does mean all people. It might be the only thesis in history to feature a photo of a bong made from a tomato sauce bottle, captured in situ on Mount Taylor.

Her study, conducted at the ANU Fenner School of Environment and Society, and funded by the ACT Government, included Molonglo Valley and Mulligan’s Flat alongside Mount Taylor. She found that while each of the sites has varying levels of significance in terms of biodiversity, they all make an important contribution to another metric: their social value.

“While we set aside these places principally for ecological conservation, they're much more than that,” Dr Eyles says. “They actually provide some of the glue for the community.”

If you frequent your local nature reserve, you’re likely to recognise the people who appear in Dr Eyles’ research findings: the groups of women meeting for their daily constitutional; the retired couple enjoying the view from the bench they campaigned to have installed for this very reason; the birdwatcher waiting quietly in the bushes; the athlete-in-training doing chin-ups on the trig structure.

For all these people, the reserves are an important place to carry out their rituals and routines, Dr Eyles says, which in turn offers a valuable community function. She cites the example of a well-known local who used to cart plastic bottles of water to the summit of Mount Taylor for the dogs to drink. When injury kept him at home, other walkers noticed his absence and rallied around him.

“Even if you’re on your own, you get the sense that people are looking out for you.”

This is why, Dr Eyles says, people need to be written into, not out of, the management of reserves.

“There's a lot of attention focused on people being the problem in nature reserves without looking at the fact that if you provide resourcing and good infrastructure for what they want to do, then most of the time, people will do the right thing.”

Dr Eyles is a ParkCare volunteer, and casually swings her mattock at offending tufts of St John’s wort as she walks up to the pink-tailed worm-lizard habitat on Mount Taylor. She speaks lovingly—there’s no other word for it—about the kangaroo grasses she passes on the way, and swoons over the recent “sumptuous” wildflower season.

She knows as well as anyone the ecological significance of Mount Taylor, but she believes we need to acknowledge the social significance and the value to community health too, so that funding and resources can be matched accordingly.

The main southern trail on Mount Taylor can clock over ten thousand visitors a month, a statistic which easily generates an image of mindless, trampling feet. But if, like Dr Eyles, you ask the people attached to those feet why they’re there, the answers are individual, and meaningful, and the image starts to look like something more beautiful.

She reports one woman on Mount Taylor telling her, “There’s no problem in life that can’t be resolved by a walk up the mountain.” On the summit, another walker frames it like this: “When you’re up here, everything seems possible, down there it seems harder.” An 85-year-old man says, “It gives me life.”

“How most people experience the physical space, form associations and express belonging, is consistent with ‘topophilia,’” Dr Eyles says, “which is the meanings and attachment to place that result from frequent experience in nature.”

Ultimately, Dr Eyles continues, accommodating and nurturing this place-attachment is what will eventually protect the reserves:

“At the end of the day, these places will only survive if the community sees value in them and supports resources being spent to look after them,” she says. “It’s the community who will save them, if it ever comes to that.”

If there were any Canberrans who didn’t see that value before lockdown, they probably did afterwards. Dr Eyles’ eyes go wide when she describes the foot traffic on her much-watched nature trails.

“It was quite remarkable to see that increased use. I think the city really came into its own during that period. We saw how lucky we are, to be able to walk out our front doors and into nature.

“If you ever wanted proof of the design concept for Canberra as the bush capital, COVID was it. As a community, we've just got to value it more and be prepared to invest in it.” 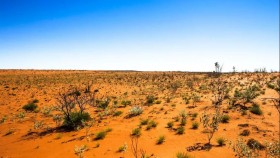 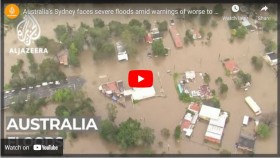